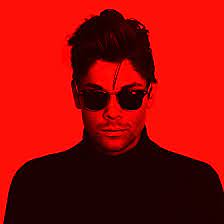 Corey Breedlove is a Singer/Songwriter/Musician born and raised in Dallas Texas. Although never formally taught, Breedlove began writing songs and learning guitar by the age of 13. After years of writing, recording, and performing with several bands throughout high school and college, the singer began performing in various lounges and jazz clubs throughout the Dallas metroplex. After releasing several singles and EPs in 2017, Breedlove began to fuse his smooth jazzy vocal stylings with guitar-driven pop music. With influences ranging from Frank Sinatra to Radiohead, Breedlove’s music contains elements of many different genres and styles. Breedlove is currently in the process of recording his official debut single, set for release early in early 2020. Breedlove’s sound is constantly evolving but retains elements of jazz, country, and blues. His band can be heard playing a variety of iconic jazz standards from the 20s-40s, country classics, blues jams, and original songs in many diverse venues all over the Dallas metroplex.